One word sums up our veterans – HEROES.  If you have ever spoken to a veteran, they will be the first to tell you they were not heroes; they were just doing their jobs. Brave men and women who were just doing their jobs, knowing that one day they might be called to make the ultimate sacrifice – hoping that day never came, and yet willing to go. I was privileged to meet one of those unassuming heroes this weekend. 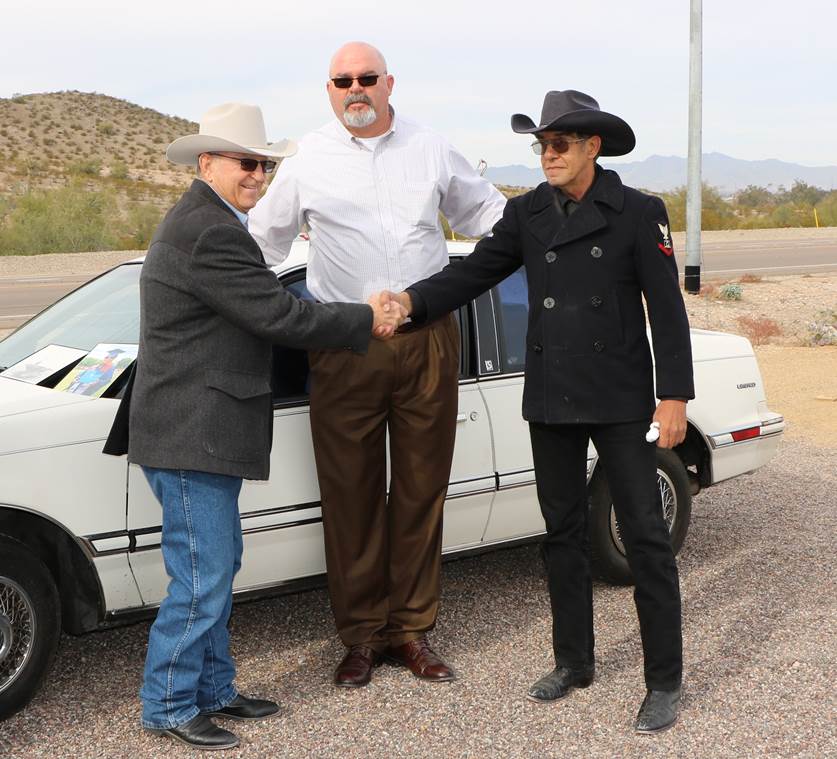 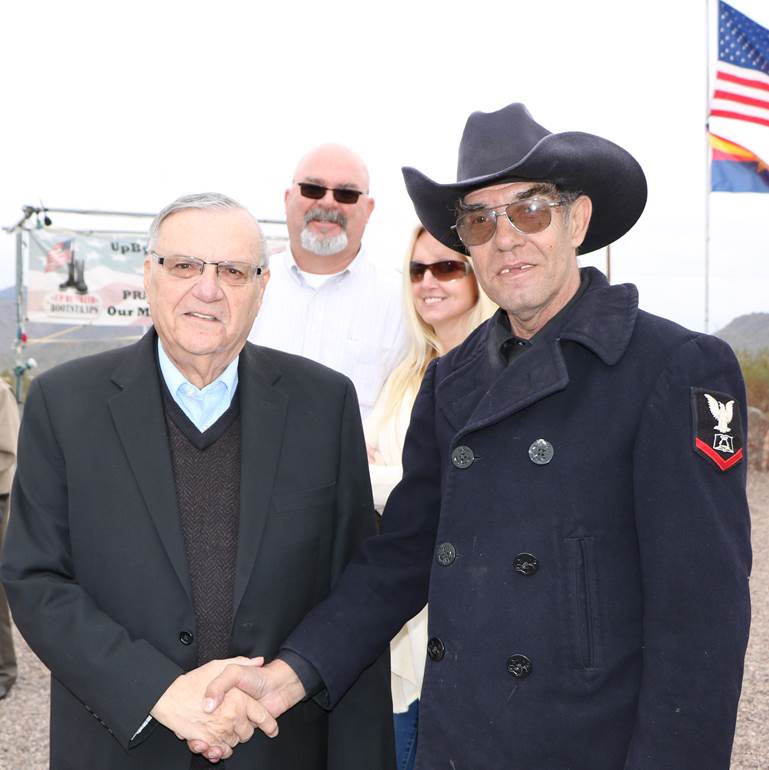 Richard Richardson, affectionately known as “Ricky Ricardo” to his colleagues, was one of two veterans selected to receive a donated vehicle at the Up By Their Bootstraps event at Gratitude Corner in Goodyear, AZ. Founded in 2013, by Jay and Frances Humphrey, this organization exists to give a “Hand up, Not a Handout” to veterans for the sacrifices they have made for their country. Jay believes we should give back to those who have given so much. Among those present at the event were Buckeye Mayor Jackie Meck, Sheriff Joe Arpaio, American Legion Riders Post 62 and ABC15. DES State Veterans Manager, Chris Hisel, was also present representing Director Jeffries.

Sporting his black cowboy hat and trench coat, Richard told ABC15 that he would sometimes wait one to two hours for a bus. “I can now get to work in half the time and I can get home faster.”

Armando Trujillo, Richard’s supervisor who had to pick him up for the event said, “Richard is a truly selfless man that gives and gives to those around him. He never once asks for anything, and to see him walk miles to work in the middle of summer without ever being late, shows what a dedicated person he is. This donation couldn’t go to a better person or veteran.“

Born in Los Angeles, California, Richard enlisted in the United States Navy on April 28, 1982, and served aboard the USS Nimitz as a cook to over 7,000 enlisted personnel. Richard’s service duties included being stationed for three years in Italy and also at the Naval Construction Battalion in Gulf Port, Mississippi.  He was honorably discharged in 1989.

Richard worked at the Portland VA hospital from 2000 until 2006.  The VA eventually placed him into a volunteer program, and he was brought on as a volunteer with the DES Office of Appeals from 2007 to 2009. He was hired on full-time January 30, 2012, where he began working as a Legal Secretary I. Richard received his Associates degree as a paralegal in May 2011.

Richard’s father also served our country as a United States Marine, and according to Richard, his family history can be traced as far back as a great aunt who was one of the Daughters of the Revolution.

For more information regarding Up By Their Bootstraps and the great work they do for our veterans, please visit their website at http://upbytheirbootstraps.org/ 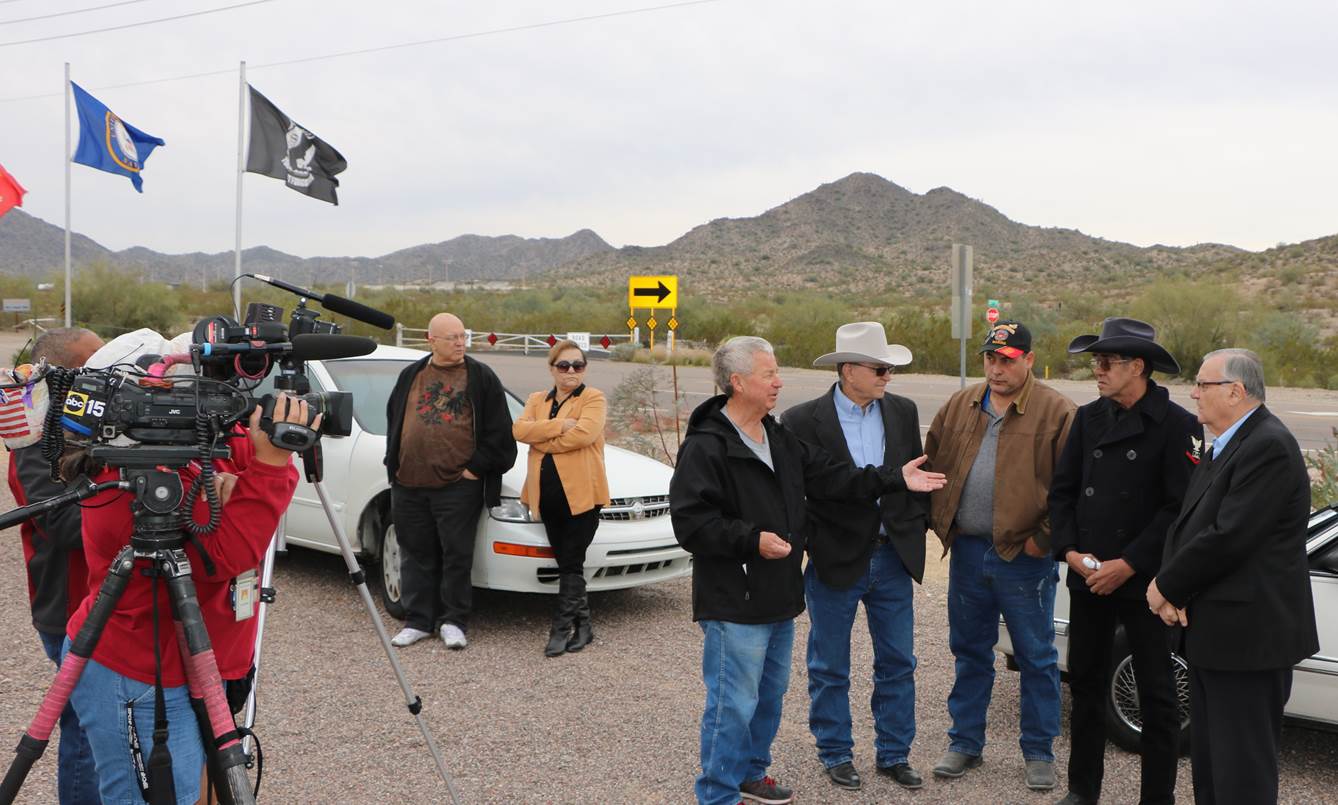 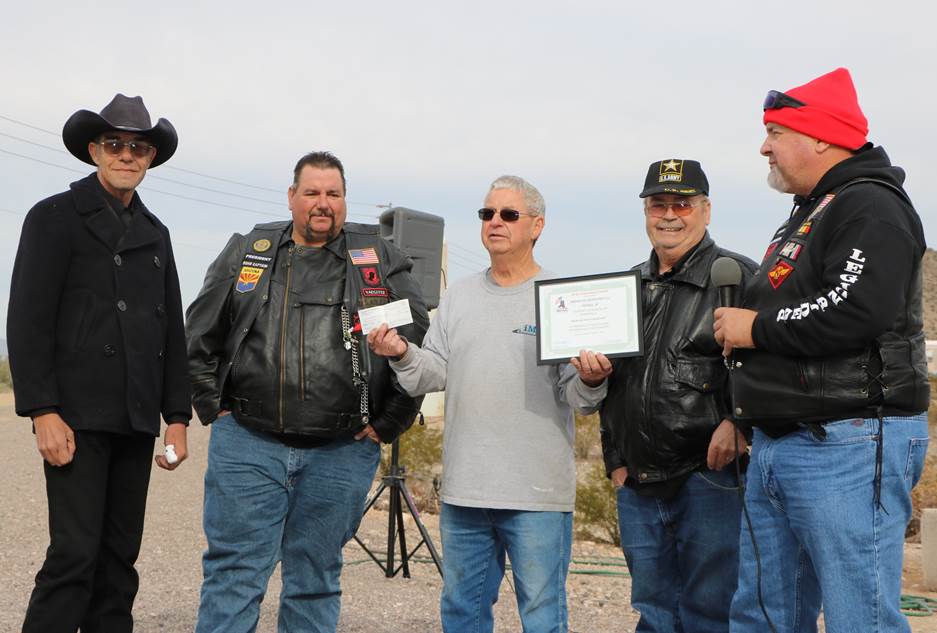